Bollywood celebrities, may it be models or top-notch actresses, all of them have a class level of rank to maintain. That is why we seldom see them attending weddings or functions of people who are not from hotshot life. It is kind of difficult to go forward and live your life away when you really do not want to. With the pressure of living a wealthy life that is always surrounded by paparazzi, celebrities seldom get a chance to go about their daily activities and visit places that they really would want to.

However, not all the makers of the industry are the same. There are a few hidden gems who do not really care about the stigma surrounding their status and the need to always sit and stand with the riches. Today we would take a look at four such well established Bollywood celebrities, who attended the wedding of their near and close ones- their helpers at the house. This may not look like a matter to be very curious about, but for people who are not that wealthy, have stars come down to their weddings do mean a lot. Sweet gestures like these do go a long way. 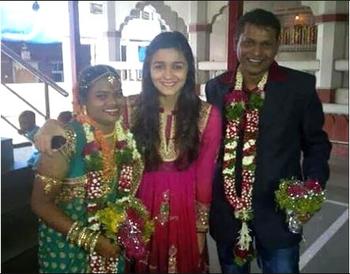 The ‘it girl’ of the current generation, Alia has always been a joy to be around. The woman who has already graced our hearts with fabulous and unmatchable performances on screen has a heart that is made up of pure gold. Recently, Alia was invited to the wedding of her domestic help. Probably it was not expected of her to show up, but Alia did surprise everyone at the household by making an appearance to bless the happy couple on this auspicious day. She came decked up in a pink salwaar suit and posed happily with the couple on the day. It is extremely evident from the face of the bride the amount of excitement and happiness she felt in that instant. Way to go girl! 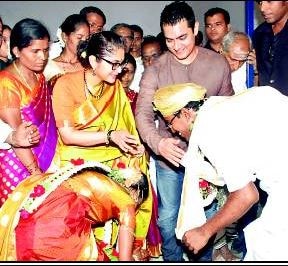 We all know the genius that the Aamir is on and off-camera. The man takes up selective offbeat movies that would undoubtedly chart up to be the biggest hit of the year. Thus, for him to find time off in his overflowing schedule does sound like a big deal. However, that did not stop him from visiting the wedding of his collaborator Sudhakar. Aamir was undoubtedly invited to the celebration, but the chances of him making it was very thin as the ceremony was being held in a remote town called Channarayapatna, which was located 160 km further from Bangalore. But the busy man, cleared his schedule to make it on the day to bless the couple along with his better half Kiran Rao. Such a gesture melted our hearts. 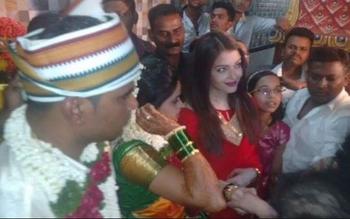 Aishwarya might be the most beautiful actress of Bollywood, but that never took her off the ground of her morals. She was always known to be a down to earth and caring person who puts care and love before everything. Recently, Aishwarya was spotted at the wedding of her guardian in Mumbai. Not only did the former Miss World drop by to stay at the wedding and have fun but also mixed with the crowd and interacted with all that came up to her. She even waited patiently for all those who requested pictures with her. Small acts like this make you the person you truly are. 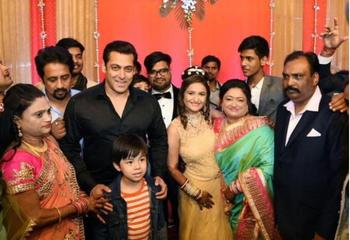 Salman Khan, also known as the ‘Bhai’ of Bollywood is known for his act of kindness and compassion that has touched the hearts of millions in the industry. The man has helped many aspiring actors to get their big break and help them make a stand in their career. But, the industry is not only where his nature of friendliness is limited to. Salman has always been known to be extremely close to all his helpers and workers. Thus, when he was invited to the wedding of his driver Shankar’s child, Salman did not water a minute, He graced the ceremony with the presence of his entire family. Sohail, Arpita, Alvira and Arpita’s little child Ahil all came together to make the ceremony a big hit. Matin Rey Tangu, who was Salman’s co-star at that time also made an appearance.