It is a common trend in Bollywood to copy the story ideas from hit shows and movies of Hollywood and this has led to some of the most hilarious movies over the years. However, the film industry of our neighbouring country, Pakistan, is not very far behind in this race as well. As far as the latest news is concerned, Twitter is buzzing with the snapshots of a new series named “50 Crores”, which is being touted as the Pakistani version of the popular Netflix show “Money Heist”.

As we all know, just like “Game of Thrones” and “Dark”, Alex Pina’s “La Casa De Papel” or “Money Heist” is one of the most highly-rated shows on the internet at the moment. The audacity or stupidity to make a “desi” version of the same is bound to face a tremendous amount of mocking and the same was the fate of this wannabe “Money Heist” from Pakistan.


The Twitterati showed no intentions to hide their feelings about this new Pakistani web series and took to the various social media platforms including Twitter to make themselves heard. 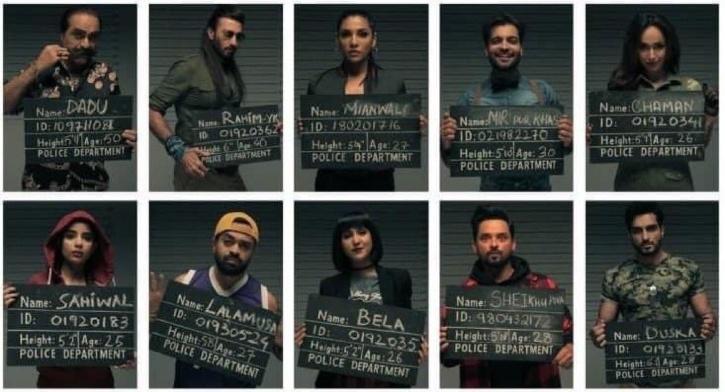 The cast of the show consists of some of the stars of the Pakistani Film Industry and they were revealed during the poster release of the show. The main characters in “50 Crores”, which have been named after the famous cities of Pakistan and the actors playing them are Raza as Lalamusa, Aly as Sahiwal, Sarhadi as Mianwali, Aslam as Rahim Yar Khan.

Following are some of the most hilarious Twitter reactions about the show. Enjoy!

Another Pandemic is going to release.😓#desiMoneyHeist#50Crore

admin - November 28, 2019 0
Bigg Boss is one of the most entertaining television reality shows. And hands-down the ongoing season is turning out to be the best season...

Television Actress Saundarya Sharma Turned Her T-Shirt Into A Reusable Mask In A Creative...

Unnati Madan - April 11, 2020 0
The Coronavirus pandemic has been claiming lives all over the world. Doctors, nurses, police officers, and others in essential services have been working tirelessly...

A Fan Tucked Her Finger Inside Hrithik Roshan’s Underwear And The Actor Gave A...

Swati Suvra - April 29, 2020 0
Hrithik Roshan is one of the tempting male actors in the Bollywood show business for years now. The actor sure does know as a...

A Fan Called Vaani Kapoor ‘Manly And Malnourished’ And The Actress Gave A Mouth-Shutting...

Unnati Madan - April 28, 2020 0
Being an actress isn't an easy thing as you are always under the scanner of media and fans, who never leave any opportunity to...