Sunil Gavaskar has been one of the finest batsmen that World cricket has ever seen and is also counted amongst the best commentators in the current scenario. He is well known for his analytical commentary and his ability to make witty and subtle comments on the players. However, things have not gone well for Sunny as far as the IPL 2020 is concerned. He had to face a lot of criticism for his comment on Virat Kohli’s poor form that involved his wife Anushka Sharma. The actress also took to the Twitter and labelled the comment as distasteful. However, later it was found that there was no authenticity about the fact that the comment was made by the former cricketer and the controversy ended there.

Recently, another Twitter user trolled Sunil Gavaskar on his short height and made a hilarious remark on Twitter. He posted a picture of the legendary batsman standing beside former England cricketer Kevin Peterson while commenting and wrote, “Sunil Gavaskar looking so small”. 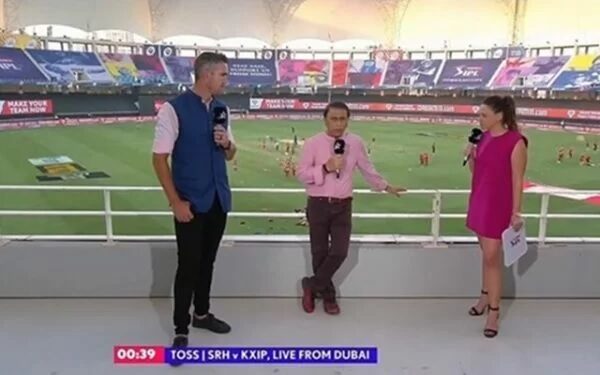 The user, however, received a very apt reply from one of the lesser-known cricketers of India, Sheldon Jackson, who plies his trade for Saurashtra. He wrote, “May be in height, but look what he has done and achieved for the country, not many tall men could achieve. You’re a cricket fan as of what I learn n see from your tweets there’s already a lot of negativity, try to spread a little positivity please”.

may be in height, but look what he has done and achieved for the country, not many tall men could achieve . your a cricket fan as of what i learn n see from your tweets there's already alot of negativity, try to spread a little positivity please🙏please https://t.co/wLYHOWYPbP

The matter ended on a good note as the user understood his mistake and apologised. He also deleted the tweet.

Sorry bro, no intentions to degrade Sunny G, absolutely he's an all time great of the game and neither wanted to put it as a negative troll. Apologies, deleted too. Thanks!

Unnati Madan - August 22, 2020 0
Jofra Archer, England's speedster is one of the most loved cricketers on Twitter. Every now and then Jofra's old Tweets keep resurfacing on social...

Sushant Rajput’s Co-Star Revealed How He Loved SRK And Wanted To Make His Own...

Abhishek Majumdar - June 25, 2020 0
Though days have passed after the sad demise of Bollywood actor Sushant Singh Rajput, who committed suicide in his apartment in Bandra, tributes are...

Swati Suvra - April 29, 2020 0
One of the key social platforms, Twitter is the place to gather information and share it to inform other users. A social platform means...

20 Times We Indians Made A Total Mess Of ‘English’

Unnati Madan - November 29, 2019 0
English is a global language. In today's world, speaking English has become more like a necessity. Agree or not, but the bitter fact is...