To become a B-Town member is the most cherished dream of every young film fanatic. As a child, no one has a clear idea of what is Bollywood and how one can join the film industry. The only sequence that plays in front of everyone’s eyes is that of becoming a movie star and performing the action and romantic scenes.

The current Bollywood stars would have also dreamt of making into the Hindi film industry one day. However, never would have they realized that becoming a star is such a big thing. They now have the best looks and have millions of followers on Instagram. Looking at the following school days’ photos of theirs, one can easily assume that they did not care much about their careers when they were young.


Here’s a look at some of the famous Bollywood stars and their photos from their school days.

Ranbir Kapoor is, was and forever will be naughty

Another picture of Ranveer Singh in school uniform 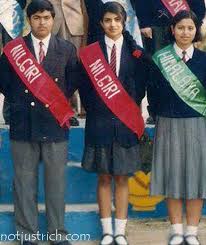 And here is Priyanka’s sister

Anushka Sharma is still the same! 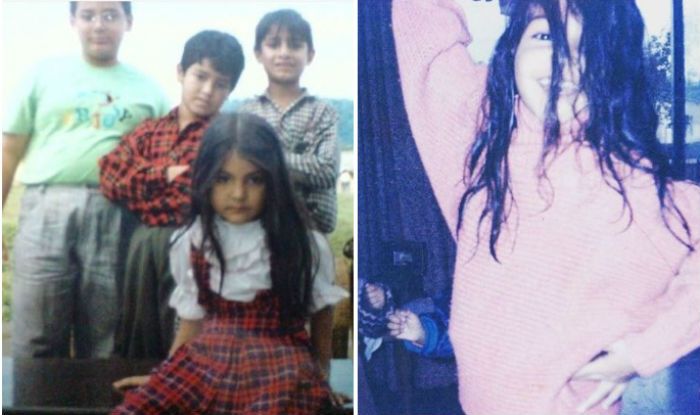 Kartik Aaryan’s not so filmy family

Deepika Padukone and her cute smile

She always knew how to pull off a serious pose!

Thus, these were some rare and unseen photographs of the current Bollywood stars and how they looked during their school days.

Suresh Raina Sent An Emotional Message To His CSK His Teammates

Abhishek - September 20, 2020 0
Suresh Raina sent heartfelt wishes to his team Chennai Super Kings (CSK) ahead of their opening game against the defending champions Mumbai Indians in...

Debalina Chakraborty - May 17, 2020 0
Remember the favorite part of our exams? "Hall collection"! Yes, this holds precious memories in our hearts. The time we used to spent studying...

admin - December 28, 2019 0
KL Rahul is one of the most followed cricketers of India, not just because he is a talented cricketer but because of his lifestyle...

Here Are The Top 10 College Locations For Blockbuster Bollywood Films

Swati Suvra - March 13, 2020 0
Bollywood and youth walked side by side for a long time. College movies are one of the nostalgic parts of every generation after motion...

Debalina Chakraborty - November 22, 2020 0
The image of film stars has always been attractive for the common people and we have seen them on a number of occasions on...

Debalina Chakraborty - November 11, 2020 0
On stage or on the silver screen, actors and actresses have to play a number of roles as per the demand of the script....