We all have been fascinated by stories about our favourite celebrities. Stories that they act in and stories that happen in their real life, all of it keeps us enthralled to an optimum extent. However, there a few stories that never comes out of the sets, probably due to its high secrecy or even maybe due to its nature. However, these stories can be very intimate to us and open up an uncharted vista for everyone to look at his or her favourite star in a completely different way.

We will bring you a few unknown stories that you have never heard before and they will probably give you a lot to mull about.

1. Alia Bhatt had auditioned for Sanjay Leela Bhansali’s Black when she was just 11 years old. She went on to spend a good deal of time with the director, and was supposed to work out in a movie with him. However, things didn’t really pan out and the two parted ways.

2. “Agar Tum Saath Ho” is a melodious number from the critically acclaimed movie, “tamasha’ that has won several plaudits across the years. However, this was apparently the fourth song which was recorded by A.R Rehman for the same situation. The cast and crew shot for a different song altogether and Deepika believed that the previous song was better.

3. Varun Dhawan’s October has earned him a lot of praise. Much to the amazement of everyone, Varun was not aware of the movie’s ending and this made him furious. He was infuriated with Shoojit and Juhi for ending the film in the way it appeared. In fact while shooting the end of the movie, Varun started crying before the rage in him took over.

4. Shahrukh Khan confessed to not doing any biopic in his career. In an interview, he stated that he has said yes to many biopic but finally didn’t end up doing them. However, all the movies fared well in the market despite him not being a part of it. He always felt that the person whom he will render will have to be a real person and the director may not really see in the way he himself will.

5. Deepika Padukone crossed Imtiaz Ali once. Before Deepika earned her fame, she was offered to do the lead role in Rockstar as Heer. However, she declined it. Imtiaz Ali approached Deepika again for Om Shanti Om, which brought her the recognition through her brilliant acting skills and next followed was Love Aajkal.

6. Shahrukh believes that every love story has a different angle which must be seen exactly from that angle.
A romantic icon on the sets of Bollywood firmly believes that the success of a love story entirely depends on the empowerment of a woman’s emotions. According to him, all the stories acted by him were successful not because of his presence but because of the upliftment of the woman. 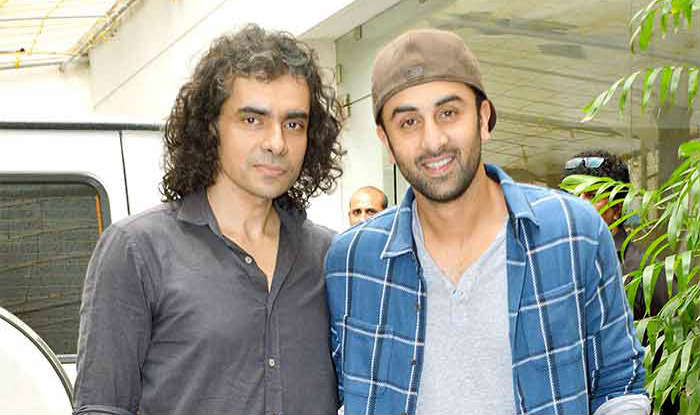 9. Ayushmann Khurana has been delivering absolute peaches in terms of movie content. The actor believes that in order for him to showcase his acting skills, he must be more connected to the common people. He goes to a tapri to have his regular tea and ensures that he is speaking to the tea seller.

10. Priyanka Chopra and Sanjay Leela Bhansali almost fell out on the very first day of their first ever work together. The shooting did not start until 9 pm and this left Priyanka cranky for four days.

11. Once asked about the fact that why did Kajol only did 30 movies in her 25 year old career, she said that she was extremely choosy about movies and with every passing year she grew mentally.