At a Global Investor Summit, Arnab Goswami tried to leg pull King Khan by calling him he is not an actor but a businessman; and Shah Rukh Khan handled this banter in his own way and gave Arnab a befitting reply.


Arnab Goswami is known for his war of words. The journalist and Tv host is the chief editor and owner of the new channel Republic Tv and is popular for his unique way of delivering news and creating debates. Mr Goswami is also the president of the News Broadcasting Association’s governing body.

Arnab Goswami is an extraordinary reporter and that is undeniable. But the man often gets criticized for his way of conducting debates with his signature line “India Wants to Know”. In order to make a topic look sensational, Arnab often goes out of his bound even with the eminent personalities. Some may praise it as a daring talent of him but he is also denounced for his atrocities by many. 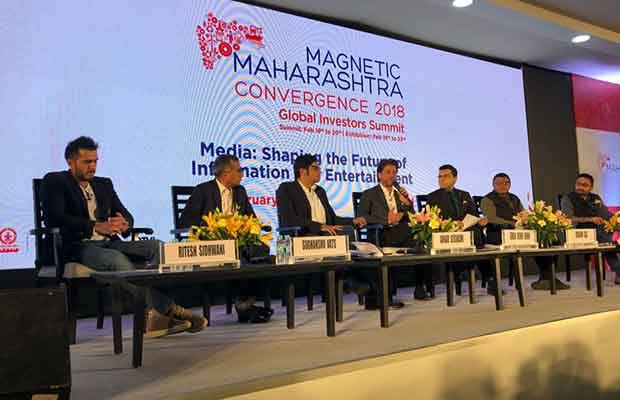 However, Shah Rukh Khan and Arnab Goswami went to attend a program ‘Magnetic Maharashtra Convergence’ which was a Global Investor Summit. The discussion turns into a debate on the opinion of SRK that “all media houses ought to collaborate more for creativity, as they’re all content creators first and not businessmen”. The actor wished for the industry that they should first watch the movie then make a statement on it. SRK asked the same to the audience also.

Arnab Goswami decided to flippant on this point of King Khan and he decided to make a point on ‘Profit’ to leg-pull the actor. The journalist got a proper reply by the Bollywood actor and shut down by SRK’s witty remark.

Arnab said to Shah Rukh Khan, “You know Shah Rukh, you started by saying we’re not businessmen, we are content creators. But you’ve mention ‘profit’ 3 times in last 5 minutes.”

SRK’s knows how to handle the words and helped Arnab to see a reality check by his statement.

Arnab Goswami became a talk of the social media a few months back for the incident with the stand-up comedian Kunal Kamra on a flight onboard. The journalist was heckled by Kunal who repeatedly calling him “coward” while Arnab was watching ‘Two Popes’ on Netflix. The heckle video went viral over social media and made several headlines after the incident took place.

According To Science,Bella Hadid is World’s Most Beautiful Woman

Swati Suvra - March 8, 2020 0
Victoria Secret model, Bella Hadid is the World’s most beautiful woman in the world according to the scientists who have come to this decision...

Debalina Chakraborty - November 6, 2020 0
Indian businessmen have made a name for themselves over the last few years and have gone onto set foot on the prestigious list of...

Twitter Is Flooded With Memes After Lockdown Is Extended Again

Unnati Madan - May 17, 2020 0
The Coronavirus pandemic has shaken the whole world. India just like many parts around the world are currently under the lockdown phase. The numbers...

Unnati Madan - April 29, 2020 0
Fans across the nation were left heartbroken after the shocking news of Bollywood actor Irrfan Khan's demise came out. He was one of the...

Abhishek - July 31, 2020 0
The BJP leader Subramanian Swamy has shared a photo on his twitter account which analyzes Sushant Singh Rajput’s death point by point and most...

Netizens Trolled Neha Kakkar And Her Husband After Their Honeymoon

Debalina Chakraborty - November 28, 2020 0
Neha Kakkar and Rohanpreet Singh's marriage is still making the headlines even after the couple have come back from their honeymoon and are currently...