Any size of appreciation gift always brings instant joy. But when it comes to a gift from Bollywood celebrities it goes lavish and extravagant. Some of the Bollywood stars have been lucky to receive regal presents from their directors and co-stars. It seems B- town stars not only lavishing for themselves, but their gifts are also praised worthy when it goes for admiration.

Here are five Bollywood actors who have to receive insanely lavish gifts for their film roles.

Working with a legendary artist is a dream for every creator in the industry. It was the dream of producer and director Vidhu Vinod Chopra, who has a long-lasting wish to work with the one and only Amitabh Bacchan on his film. Finally, Chopra got the opportunity to work with Big B in his film ‘Eklavya’. He was so excited by this possibility that he had decided to gift a Rolls Royce which costs roughly Rs. 3.5 crores to the legendary actor Amitabh Bacchan.

We all know the South superstar Prabhas after the grand fame of Baahubali: The Beginning and Baahubali 2: The Conclusion. The actor went through a lot of hardship to achieve a striking appearance on the movie. The star spent a significant amount of time in the gym to shape his body into a brawny look. The makers of the Baahubali team took full responsibility to facilitate the star towards his goal for the film. They gifted all the gym equipment to Prabhas worth Rs. 1.5 crores and installed it at his place then. 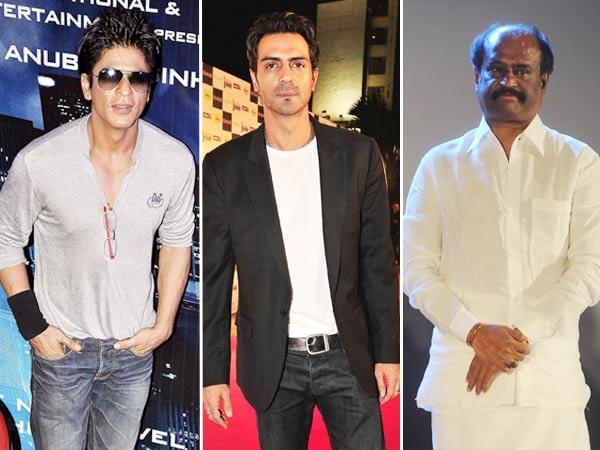 King Khan belongs to the title of living life in King Size. Shah Rukh Khan is also known for his friendly gesture in the industry. As an impressive gesture towards his co-stars Rajnikanth, Arjun Rampal and Director Anubhav Sinha of the film ‘G. One’, SRK gifted a brand new BMW 7 to each of them. Arjun Rampal played the title character of the film G.One and Rajnikanth flew down to Mumbai Just to shoot his cameo in the film.

One of the popular dance number of Bollywood ‘Chikni Chameli’ by the gorgeous Katrina Kaif is totally unforgettable. The oomph, the passion, the energy level of Katrina is in this dance number is one of her praiseworthy hardship. The song and Katrina’s appearance in the song ‘Chikni Chameli’ from the film ‘Agneepath’ not only loved by the audience but also praised by one of the dominating personae of Bollywood, filmmaker Karan Johar. After watching Katrina in this song, KJo gifted a flashy red Ferrari to Katrina.

The Singham of Bollywood is known for his extravagant gifts to his family and co-stars. The actor is also known for acute attention to every detail of his role in the film as an artist.

Remember the little star Abigail Eames from the movie ‘Shivaay’, she was the on-screen daughter of Ajay Devgn in the film. Reportedly, Abegail’s room needed to decorate with soft toys and dolls according to the movie script. Ajay Devgn called for 2000 soft toys to decorate the room for Abegail who played a 10 years old daughter in the film was also in the same age of Devgn’s own daughter Nyasa by then. So, the actor understood the natural attachment of a child of that age with toys.