Delhi Chief Minister Arvind Kejriwal visited Mahatma Gandhi Memorial on Tuesday and he asked for mending the peace as any benefit can not be gained out of violence. Bollywood actress Richa Chadha rebuked the photos of this visit on her tweeter handle about the recent violence in the capital. 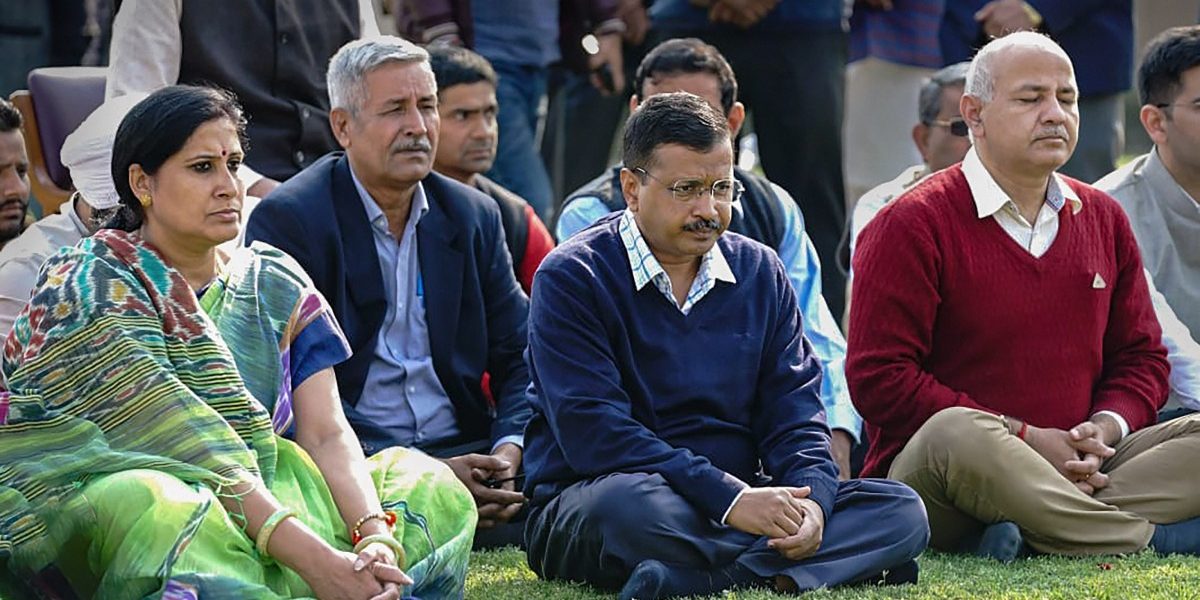 Chief Minister Arvind Kejriwal went in Rajghat at Mahatma Gandhi Ashram along with other Aam Aadmi Party (AAP) leaders on Tuesday. Delhi CM Kejriwal said violence will not benefit anyone as he called for the mending of peace in the national capital where seven lives claimed for the violence in northeast Delhi.

After visiting the ashram, Chief Minister Arvind Kejriwal said, “Six civilians and one policeman have died. Violence will not benefit anyone. Mahatma Gandhi was a worshiper of non-violence, we prayed for the restoration of peace in Delhi,”

The photos of the visit by the Chief Minister Kejriwal along with other MLAs of AAP went on social media. Actor Richa Chadha took on her Tweeter account to react on this by a few words. Richa commented, “photo-ops are more important than riots in the city” over the images.

Delhi CM Arvind Kejriwal, his deputy Manish Sisodia and Health Minister Satyendar Jain later visited the GTB Hospital for the injured from the violence in northeast Delhi. Reportedly, at least seven people were killed and many people were injured during the clashes for the violence outrage started on Sunday evening.

Met with victims of violence being treated at the GTB Hospital and Max Hospital. Hindus, Muslims, policemen – none have escaped unhurt.. this madness must end immediately pic.twitter.com/Nh2VI6BRTG

The violence continued in North East Delhi for the third day on Tuesday. A joint meeting with Union Home Minister Amit Shah and Delhi Chief Minister Arvind Kejriwal took place along with the key leaders and officials on Tuesday for the ongoing tension caused by the violence. After the meeting, CM Kejriwal said that it was a “Positive” discussion and other parties also agreed to restore the peace in the capital. On an interview with the media of New, Delhi Kejriwal said, “It was decided in the meeting that all the political parties will take requisite steps to restore peace in Delhi. The meeting with Home Minister Amit Shah was positive,”