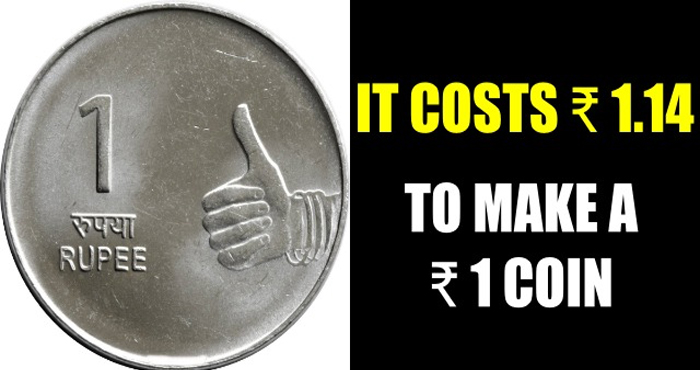 There is this one quote by a German scholar, Max Mueller that states very clearly the greatness of our country. It goes like, “If I were asked under what sky the human mind has most fully developed some of its choicest gifts, has most deeply pondered on the greatest problems of life, and has found solutions, I should point to India.”

The entire point of the quote goes on to prove the dire need of this vast land of promise to the world. There is no other country with a larger stratum of a democratic rule with the involvement of several languages, religion, culture, dynamic and choice all living in perfect harmony. There is indeed nothing more brilliant than the love of peers and our country is just proof of being the same.

Thus, this Republic Day we bring you 19 facts about India that you may have not known.

The much loved and needed 1 rupee coin of our India has a higher cost for it’s making than its actual price value. It costs around Rs. 1.14 to produce one coin when the value of the same remains at Rs. 1. That is quite strange, is it not? 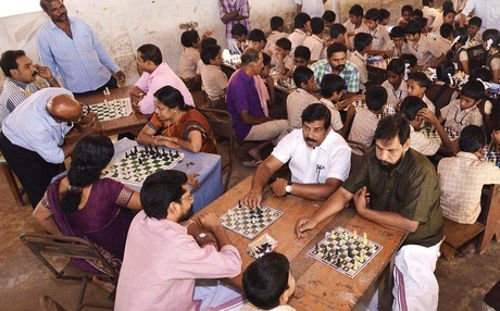 A village in India that goes by the name of Marottichal, grew a problem of high rates of illegal gambling and drunk disasters. Thus to counter the effects the villagers started a better and healthier addiction by taking up the habit of playing chess. Whatever works, we guess. 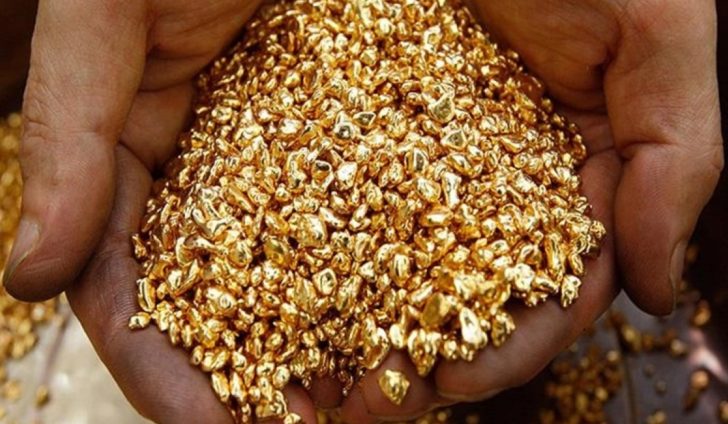 As per a few reports published, it states that 11 per cent of global production of gold is reserved in the family of Indian homes. This excludes the gold that is not yet sold in our country. This just goes on to show the right mind of investment that brings the country up. This collection is said to be bigger than the International Monetary Fund of Switzerland, the USA and Germany combined.

Detergent For The Win 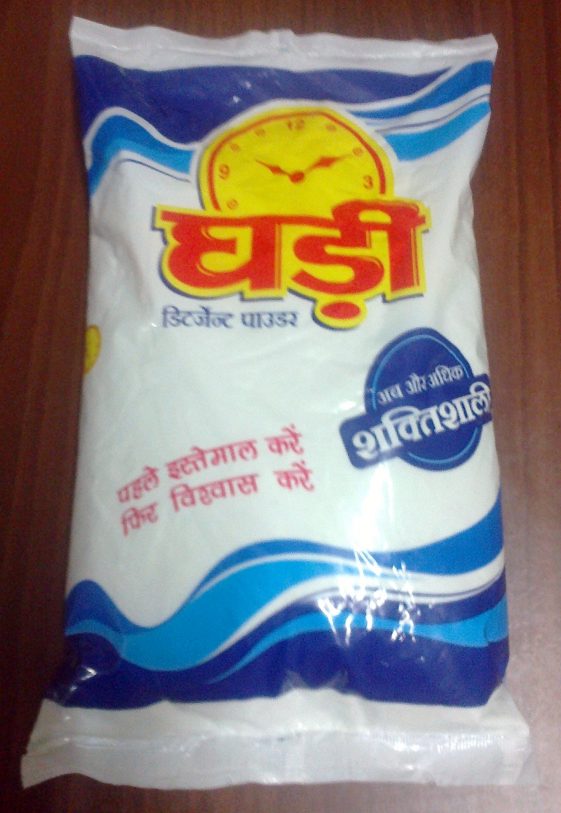 If you are Indian, you would just be able to recall the jungle of Ghari detergent powder as soon as you hear the name. Your mind immediately transports you to the visual of a little kid twirling around in her white frock. However, just for knowledge Ghari detergent powder stands at a net-worth of Rs. 5000 crore. 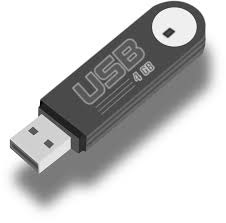 We all remember the hassle it was earlier to go ahead and carry floppy disk and CD drives every time you had to transfer files or share the same. It remained trouble until our very friendly USB pen drive came into being. Not known to many the Pendrive was invented by an Indian-American named Ajay Bhatt.

Careful What You Consume 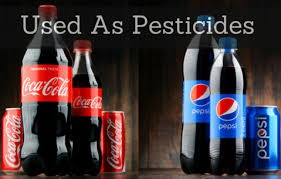 We have all heard the infamous theories of people cleaning their toilets with Thums Up and sodas as such. However, in 2004 there was a string of farmers who used bottles of Coca-Cola and Thums-Up in place of pesticides while ploughing and yearned the same results. Shocking! 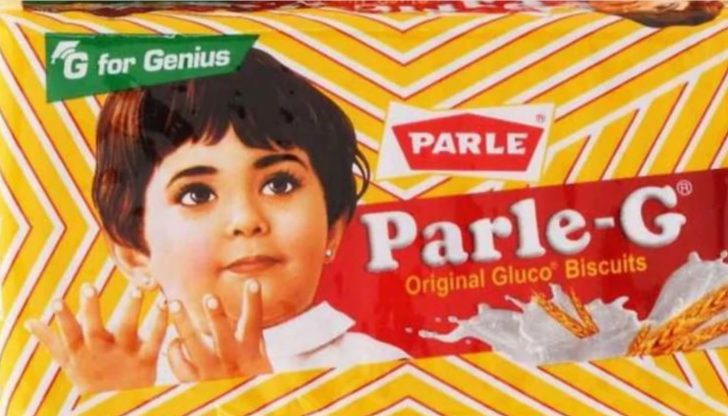 No matter what anyone says, Parle-G has always been the favourite biscuit of every Indian household. It is what we can call the OG. However, the miracle is that since the time it was produced that is 1996 it has not raised it to price till now. The biscuit still stands at a humble Rs. 5 packets. 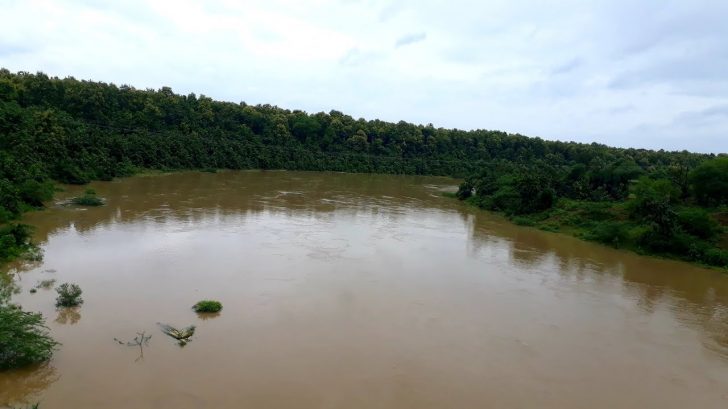 India is a land where there still are a lot of superstitions that make rounds. One such is for the people living by the banks of the river Karmanasa. The people residing there have the belief of the water of the river being cursed and thereby they do not touch the same to cook. They instead survive on fruits. 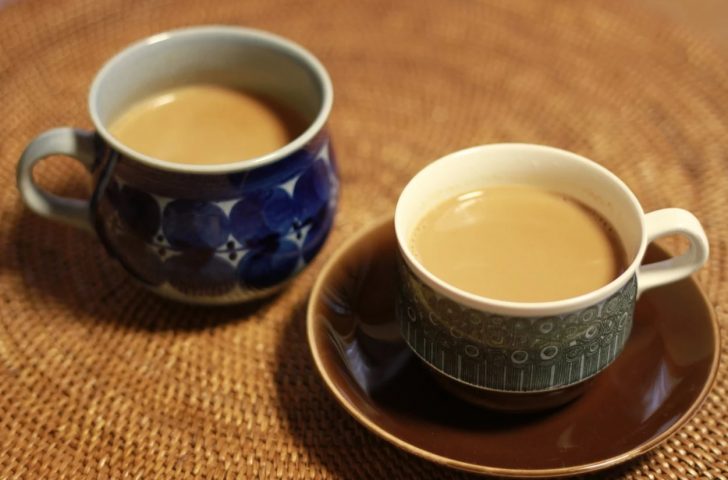 If you are an Indian, chai is a drink that has to be stapled in your diet. The very idea of not having a cup of tea in the evening or the morning as soon as you wake up makes us dizzy. Thus, if you are Chai Lover you will be thrilled to know that pretty soon it is going to be declared as the National Drink. 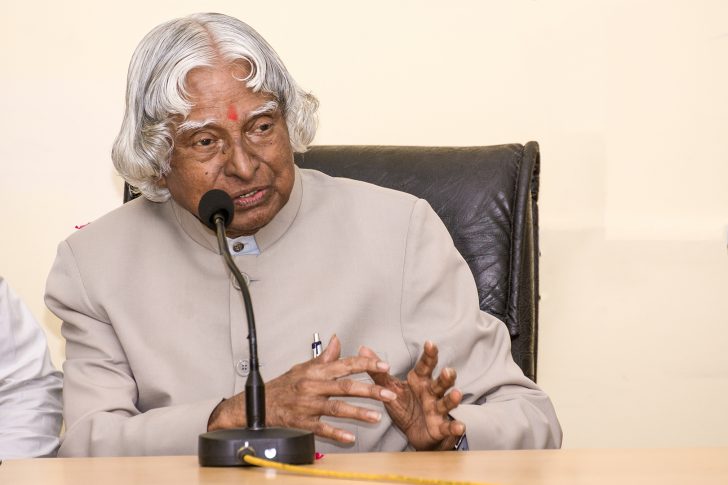 APJ Abdul Kalam, our ex-President was not only a phenomenon in our country. His presence and persona were widespread. The global icon was also dedicated the Science Day in Switzerland. The day he visited the same, it was termed and kept as the day to cherish the wonders that science brings. 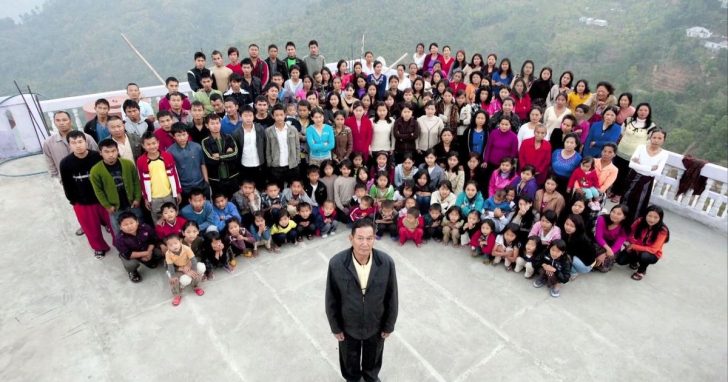 India has a lot of weird records up its sleeves. Out of them, one that we hold is for the world’s largest family. Ziona a resident of Mizoram has a count of 94 children from 39 wives. The same increased with 13 daughters-in-law and 33 grandchildren. Think about a gathering now. 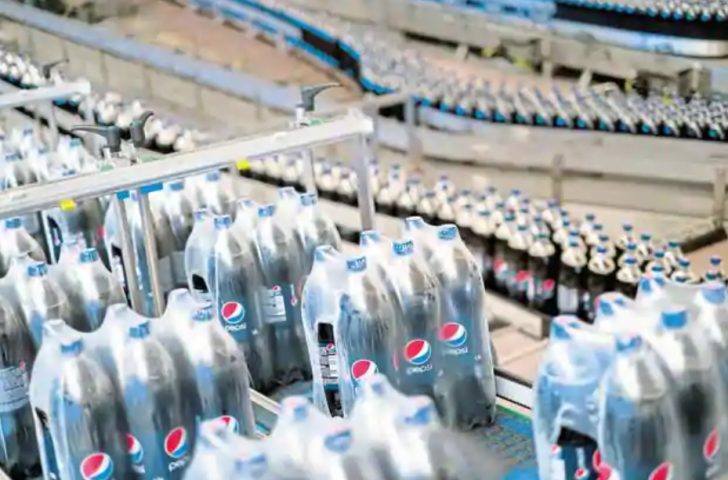 India is one of the largest consumer of sodas globally and thus it really is not s shock to learn that we have the second-largest bottling plant station in our country for the production and bottling of our beloved Pepsi. 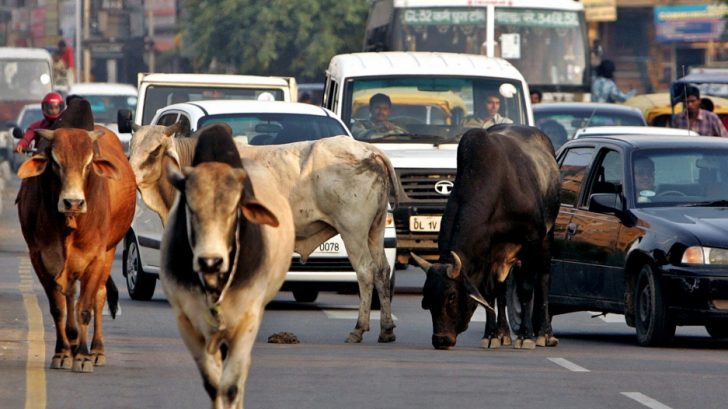 India is a country with a very varied choice of interests and that is okay. But, here is a pointer that you may not be aware of. The number of cows in India walking about on roads easily marry up and cross the number of cars present. 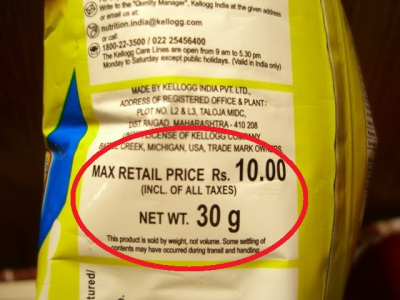 Every time you are out and your hand is itching to buy out one of your favourite groceries or commodity which can range from consumables to non-consumables we check for the price tag. However, what is not known much is the country of India is the only one that still follows the practice of printing out the Maximum Retail Price or the MRP of the product. 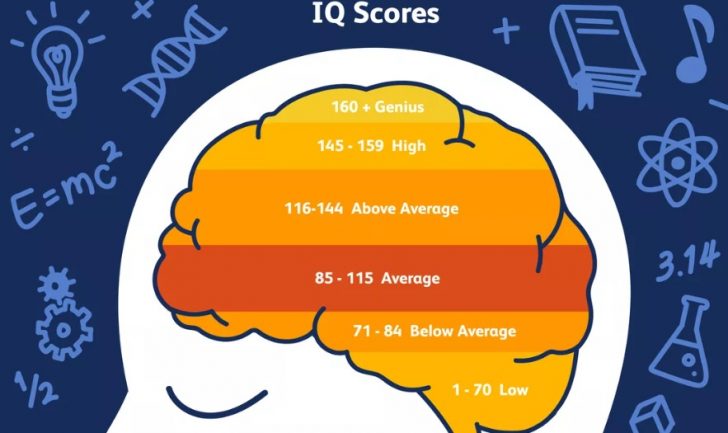 According to a study that was conducted the majority of Indians come with an IQ that is normally above 120. No wonder we excel in every field we step in. It’s all in the head. 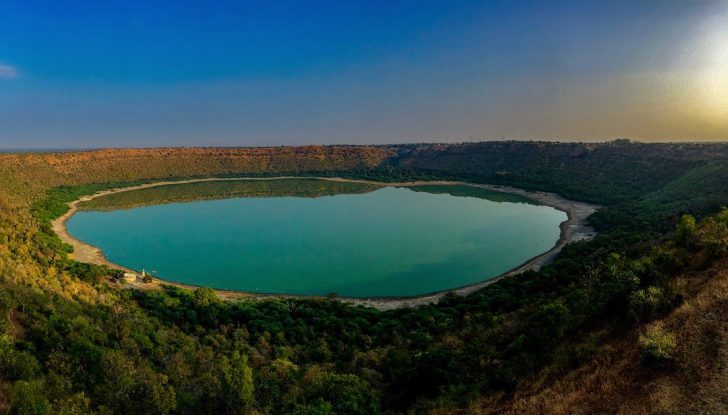 India has quite a wide variety of tourist spots that grab and attract the attention of people like a moth to flies. One such interesting destination is Lake Lonar in Maharashtra. It is known to we the world’s largest basaltic impact crater. 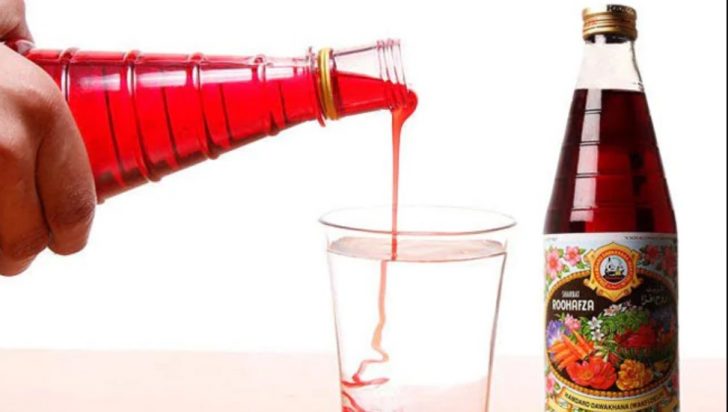 This rose flavoured syrup that serves as a refreshment during summer days is one of the staples in the country. Rooh Afza is currently running on its 112th year and is still going absolutely strong. 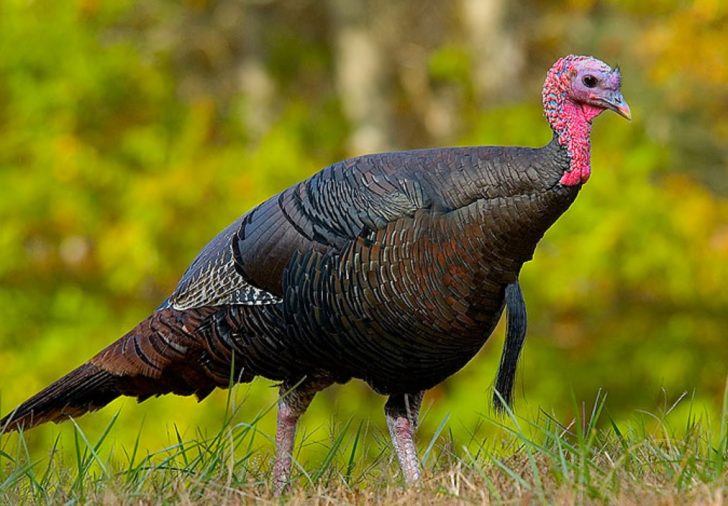 Not known to many the word Turkey in India is referred to as Hindi in Turkey. Is that not funny? 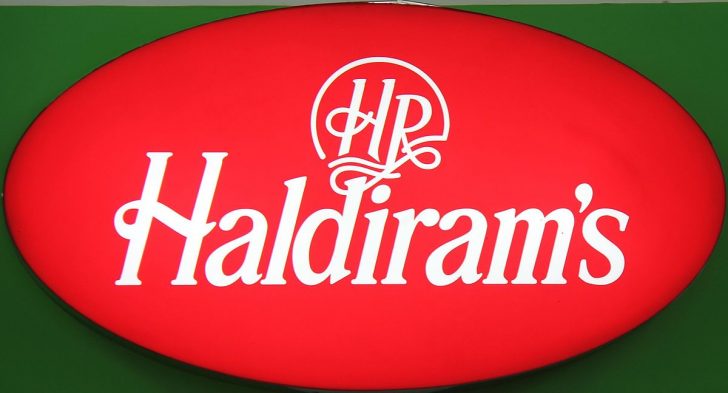 This brand is enough for every Indian out there. From snacks to sweets, from combos to meals- this outlet has the availability of every snack and sweet you might ever crave for. You might not believe it but a yearly turnover of Haldiram is more than that of Domino and Mc Donalds.