12 Aamir Khan Films That Were Remakes Of Hollywood Movies 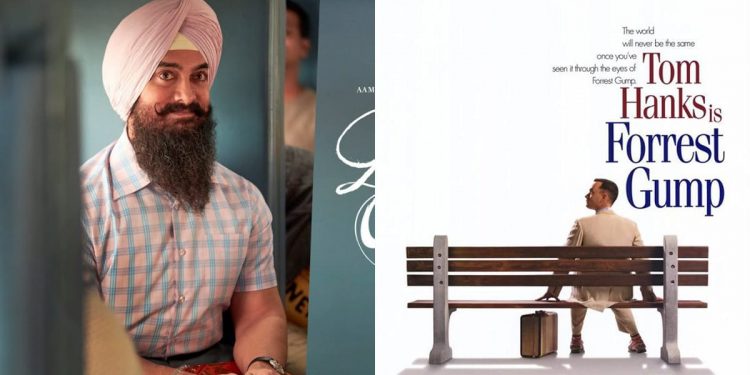 Aamir Khan has been one of the leading lights of the Bollywood film industry since the very day he made his debut on the big screen. From that time on, he has been a constant hit-making machine, delivering one iconic blockbuster performance after another. It is for this reason that he is known across the industry as the perfectionist of Bollywood.

While he did start his career making multiple projects in a year, over the years, he did come to the realization that after a certain time, quality takes obvious preference over quantity. So he decided to only focus on one project a year. His latest project, “Laal Singh Chadda”, sees him making a return to the big screen after a 4-year hiatus.

The movie is a direct remake of the iconic 1994 blockbuster Hollywood movie “Forrest Gump”, which starred Tom Hanks. However, this is not the first movie that he has done which is a remake of another cult classic.

This 1991 blockbuster, that sees Aamir Khan paired along with Pooja Bhatt, was a movie directed by Mahesh Bhatt. But according to various sources, the movie seemed to be loosely inspired by the 1934 Hollywood classic “It Happened One Night”.

The 1992 film, which was arguably one of the greatest movies of Aamir both in terms of his performance as well as commercial success, put him right in the spotlight as one of the best actors of his era. The movie, which sees him become a hero after a series of hurdles and struggles, was also a remake of the 1979 movie Breaking Away. Mansoor Khan was the director of the movie. Deepak Tijori, Ayesha Jhulka and Pooja Bedi were seen in prominent roles.

Before Aamir Khan and Ashutosh Gowarikar combined together to make Lagaan, which was nominated for the Oscars, they both had joined forces earlier in 1995. This was for a movie called Baazi, which did not really fare well at the Box Office. The movie was a remake of the 1988 iconic movie Die Hard.

The 1993 movie, which saw Aamir Khan also collaborate with the writing of the script along with Mahesh Bhatt, was a spoof of a 1958 Hollywood movie called Houseboat.

The 1995 movie is another one of the multiple projects that Aamir Khan did that year. It’s a remake of arguably one of the greatest movies ever made, The Godfather. Aamir portrayed the character that was inspired by Michael Corleone in the original movie. Rajnikanth was also a rather prominent character in the film.

The 1996 movie had Aamir Khan paired along with Manisha Koirala. This Mansoor Khan movie was also an unofficial, loosely-inspired remake based on the 1979 classic Kramer vs Kramer, which also won an Academy Award as well.

This 1998 movie saw Aamir star alongside the likes of Rani Mukherji and Sharat Saxena and some other prominent actors as well. This was a remake of the 1954 movie On The Waterfront that had Marlon Brando in the lead role.

The 1999 movie stars Aamir, Manisha Koirala, and Anil Kapoor. The Hollywood movie, An Affair To Remember was the inspiration for this film. The original movie was a 1957 release.

This 2006 blockbuster which saw Aamir and Kajol paired together was a classic movie. But it felt like the second half of the movie bore heavy inspiration from two different movies: the 1981 movie Eye of the needle, and the 1999 Korean movie Shiri.

The 2008 blockbuster was one of the biggest hits in the decade of the 2000s. It saw Aamir paired alongside Asin in the remake of the movie from its original Tamil version. However, the entire movie was further inspired by Memento, a 2000 Hollywood classic that was the breakthrough movie of Christopher Nolan.